The past few months I've been throwing myself into the art world - it's very different from the tech world! In January, I attended Museums Showoff as a member of the audience. The event is billed as an open mic for everyone who works in and loves museums. It's hosted in the basement of a bar and has a bawdy, loud cabaret feel to it and an awesome compere. It was a super entertaining evening with a multitude of fun and interesting talks from across the museum world. Rachel, the main organiser, is always looking for fresh blood - as soon as I followed Museums Showoff on twitter I got an invite to talk at the March event.

@MikeMJHarris Hello Mike, and thanks for following. Tech lead @royalacademy sounds a really interesting role… and not something that’s ever been talked about at our gigs! Would you like to do a set for us sometime?

Of course I said yes! I enjoy giving talks and have found it an effective way to engage and meet people in the tech world. This was my chnace to do the same in the museums world. Now I just had to prepare a nine minute talk about what it was like being a tech lead at the Royal Academy of Arts...

Me at the event in March: 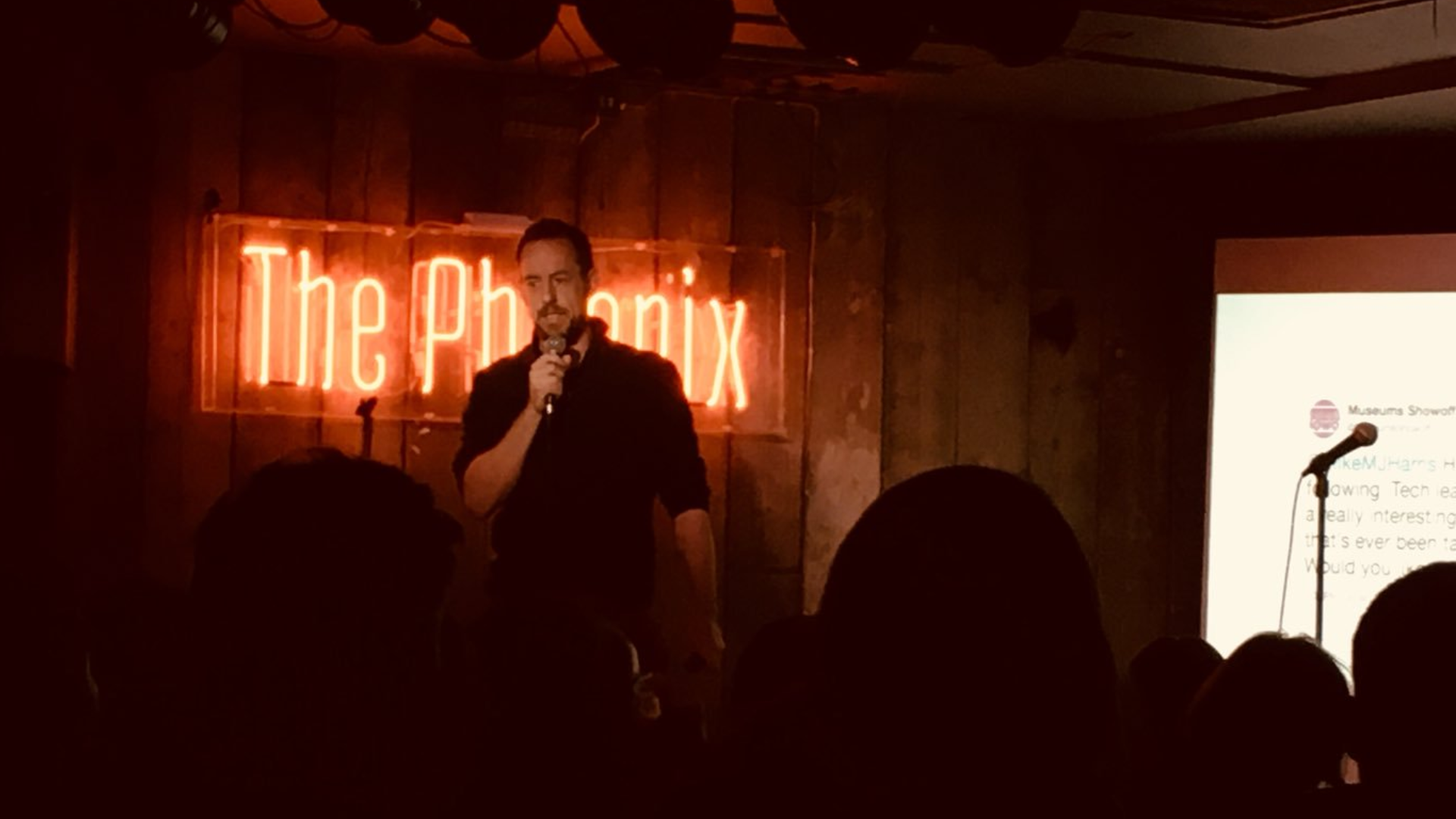 This was different from any other talk I've given before. The focus was on fun and entertainment and if people learn things along the way that's a bonus. From my short time in the museums world I've found that most organistations often rely on external agencies. I wanted to highlight the benefit of having an internal tech team: they know the organistaion, can move quickly and can iterate, improve and evolve over time. I also wanted to explain that tech, despite being all around us, can be more complex than you'd think. Oh, and I also needed to be funny...

When I'd attended the event previously I'd noticed that the countdown clock on stage was version 2.0. I thought this would be a great relatable analogy as to how tech can get complex. Why was something that on the surface seemed so simple - a clock that counts down - be on version 2.0?

As with most of my talks I did it without notes. As with all the other talks I made sure I practiced lots and lots. The more I practice the more natural and off the cuff it seems. The event was a blast - I had a bunch of RA friends along cheering me on. There were a bunch of super fun talks and a raucous audience. My section went really well. The Showometer 2.0 analogy seemed to hit home with lots of laughs at the time and people referencing it after. Got to engage in person and on twitter with a diverse range of people working in jobs that a few months ago I never really understood or knew existed. Mission accomplished!

Would highly recommend it as an event if you are interested in the world of museums. Thanks to Rachel for having me and putting on such an excellent event. Thanks to all the other speakers - too many to mention but you can see the set list on theMuseums Showoff website